Is Delta-8 Legal in Georgia? 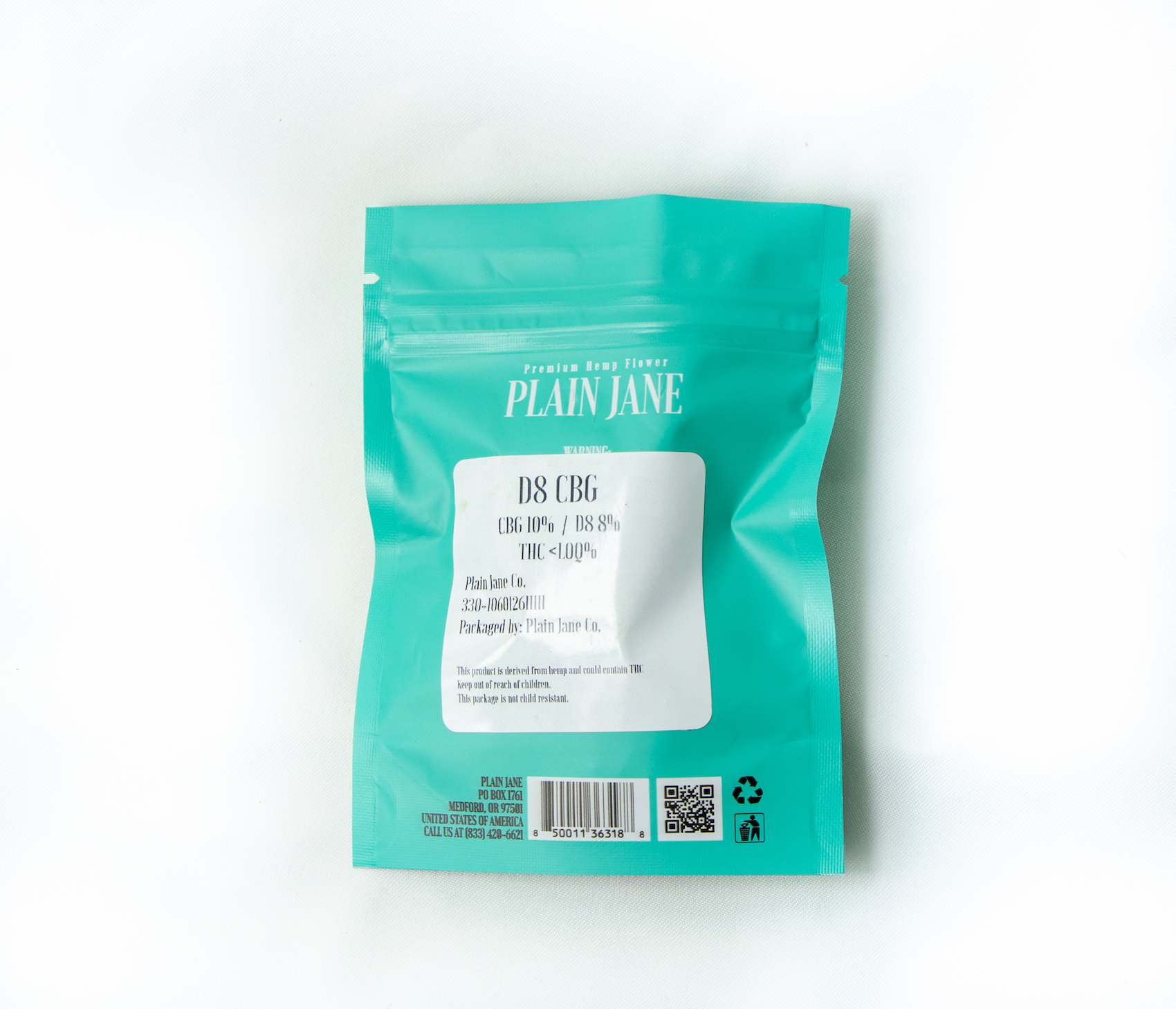 Good news! Possession, use, sale, and distribution of hemp-derived delta-8 THC is currently legal in Georgia.

According to Georgian state law, which coincides with federal law outlined in the Agriculture Improvement Act (Farm Bill 2018), all hemp-derived cannabinoids, terpenes, flavonoids, isomers, salts, and seeds are not prohibited within the state.

Following the passing of HB. 213 in the House and Senate in 2019, Georgia enacted the Georgia Hemp Farming Act, a piece of state legislation designed to fall in line with the federal guidelines set out by the Farm Bill 2018. This means delta-8 and other THC variants were removed from Georgia’s own controlled substances list, provided they’re derived from hemp carrying no more than 0.3% delta-9 THC.

Since then, Georgia’s state government has not amended the Georgia Hemp Farming Act nor have any changes been made to its Controlled Substances Act.

What about medical cannabis legalization?

Medical cannabis is legal in Georgia but its use is very limited. In 2015, HB. 1 (otherwise known as The Haleigh’s Act) legalized medical cannabis oil carrying up to 0.5% THC, as opposed to the federal 0.3% THC limit.

Nine jurisdictions in Georgia have decriminalized or reduced penalties for cannabis use and possession. Jurisdictions include Atlanta, Clarkston, South Fulton, and Statesboro.

You can purchase delta-8 products in Georgia from licensed online and in-store CBD vendors and dispensaries. There are several physical CBD dispensaries and vape shops located around the state, namely in Atlanta, Peachtree City, Fayetteville, and Sharpsburg. If you’re shopping online for D8 products, you can find numerous vendors ready to ship to addresses in Georgia. See our list of recommended delta-8 products you can purchase online.

We recommend caution when buying cheap delta-8 THC products sold in gas stations and convenience stores. Some of them are unsafe, unclean, labeled incorrectly, and potentially hazardous to your health.

One Reddit user picked up a delta-8 THC vape cartridge from a gas station and the Reddit community was quick to point out its glaring flaws. The company that produced it had no website, just a QR code taking them to a questionable Certificate of Analysis.

Not all products sold in gas stations are unsafe though and you may be able to find some credible brands. CBD dispensaries and retail stores generally have higher standards for quality control, so if you have access to those stores, shop there instead.

What kind of delta-8 THC is legal in Georgia?

Delta-8 sourced from Farm Bill compliant hemp is legal in Georgia. In order for the hemp to be legal, it must carry less than 0.3% delta-9 THC. Any variety of hemp over this 0.3% delta-9 limit is immediately considered high-THC marijuana, which is categorized as illegal at both state and federal levels.

If delta-8 is sourced from high-THC marijuana carrying above 0.3% THC, it’s illegal. Any company producing or selling marijuana-derived delta-8 products is in breach of state and federal law. Stay away from these products unless you want to risk prosecution.

Which product types are not legal in Georgia?

Despite delta-8 THC being legal in Georgia, there are a few product types not permitted within the state.

As outlined in a press release published by the Georgia Department of Agriculture (GDA), CBD, delta-8, or any other hemp-derived compounds cannot be used in beverages, foods, animal feed, and dietary supplements. Why? Because Georgian state law falls in line with the regulations set out by the FDA in its Food Drug and Cosmetic Act (FD&C Act).

The FD&C excludes CBD, THC, and THC variants from its definition of dietary supplements and prohibits them from being added to foods and drinks for human and animal consumption.

Can you travel to Georgia with delta-8

Is delta-10 THC legal in Georgia?

Yes. Delta-10 THC is legal in Georgia. Like delta-8, it’s federally protected by federal law as outlined in the Farm Bill 2018 and not listed as a controlled substance, provided it’s sourced from hemp carrying less than 0.3% THC.

Is CBD legal in Georgia?

New legislation could see a relaxing of FDA rules on CBD

In May 2021, S. 1698, a bipartisan Senate bill led by Senator Ron Wyden (D-OR), was introduced to allow the use of CBD and other hemp-derived compounds in foods, beverages, and dietary supplements.

The bill, otherwise known as the Hemp Access and Consumer Safety Act, challenges the FDA’s guidelines and seeks to amend the definition of a dietary supplement and foods in the FD&C Act. This would permit CBD and CBD products to be marketed and sold as foods, beverages, and dietary supplements.

Upcoming legislation in GA that could change legality of delta-8

There is currently no upcoming state legislation that could change the legality of delta-8 in Georgia, though there is concern among the CBD and cannabis communities over its federal legality, which could see delta-8 outright banned within the state.

The federal government cracking down on delta-8 across the U.S.

The DEA believes all “synthetically-derived” THC (tetrahydrocannabinols) must remain under Schedule I of the Controlled Substances Act. What does this have to do with delta-8? You see, delta-8 isn’t specifically a controlled substance but how it’s made could see it become one. It’s all down to the DEA’s definition of “synthetically-derived”.

Is delta-8 synthetically-derived? Interpretations of the definition

Delta-8 THC is a minor cannabinoid, meaning less than 1% can be found in hemp plants. Since this isn’t enough to create delta-8 products, producers must convert CBD into delta-8 via a structural isomerization process using specialized chemicals under laboratory conditions.

Related: What is delta-8 and how is it different than delta-9?

And herein lies the confusion. Some argue the DEA is taking the dictionary definition of “synthetic” and applying it to delta-8 and the way it’s produced. The dictionary definition is “relating to, or produced by chemical or biochemical synthesis”. Now, because chemicals are used in the CBD conversion process, delta-8 could technically be a controlled substance under this definition.

However, others believe the process has nothing to do with synthetics since CBD is taken naturally from the hemp plant and isn’t a man-made chemical. In other words, producers neither create CBD from scratch nor do they ignore natural compounds. If this is the case, delta-8 is not a controlled substance.

According to recent reports, the Georgia Bureau of Investigation (GBI), under consultation with the DEA, raided several Georgian vape stores belonging to Atlanta Vapor, each one stocking delta-8 products.

According to a Reddit post, five were arrested and charged for trafficking a controlled substance. Cash and products were also seized.

The user who published the post called up the Fayette County DA’s office for details. According to an assistant DA, the GBI and the DEA raided delta-8 carts and found them to contain more than the legal limit of delta-9. Worse, the assistant DA claimed delta-8 carts are illegal and considered a type of marijuana in Georgia. A multi-county task force has now been set up to crack down on illegal delta-8.

So far, no other comments have been made by state officials, the GBI, or the DA on delta-8’s legality beyond this. For now, we believe this is an error on the assistant DA’s part and delta-8 remains legal, at least for now.

Closing thoughts: The future for delta-8 THC in Georgia

With the federal government and the DEA closing in, there’s a question mark over delta-8’s legality in Georgia and across the entire US. 15 states have either restricted or outright banned delta-8 THC, while a further six are currently reviewing its legal status. Thankfully, Georgia has not made any moves to prohibit the possession, use, sale, or distribution of delta-8, bringing hope to vendors and users alike. All we can do is wait and see. But, for now, you can freely enjoy delta-8 products in Georgia.