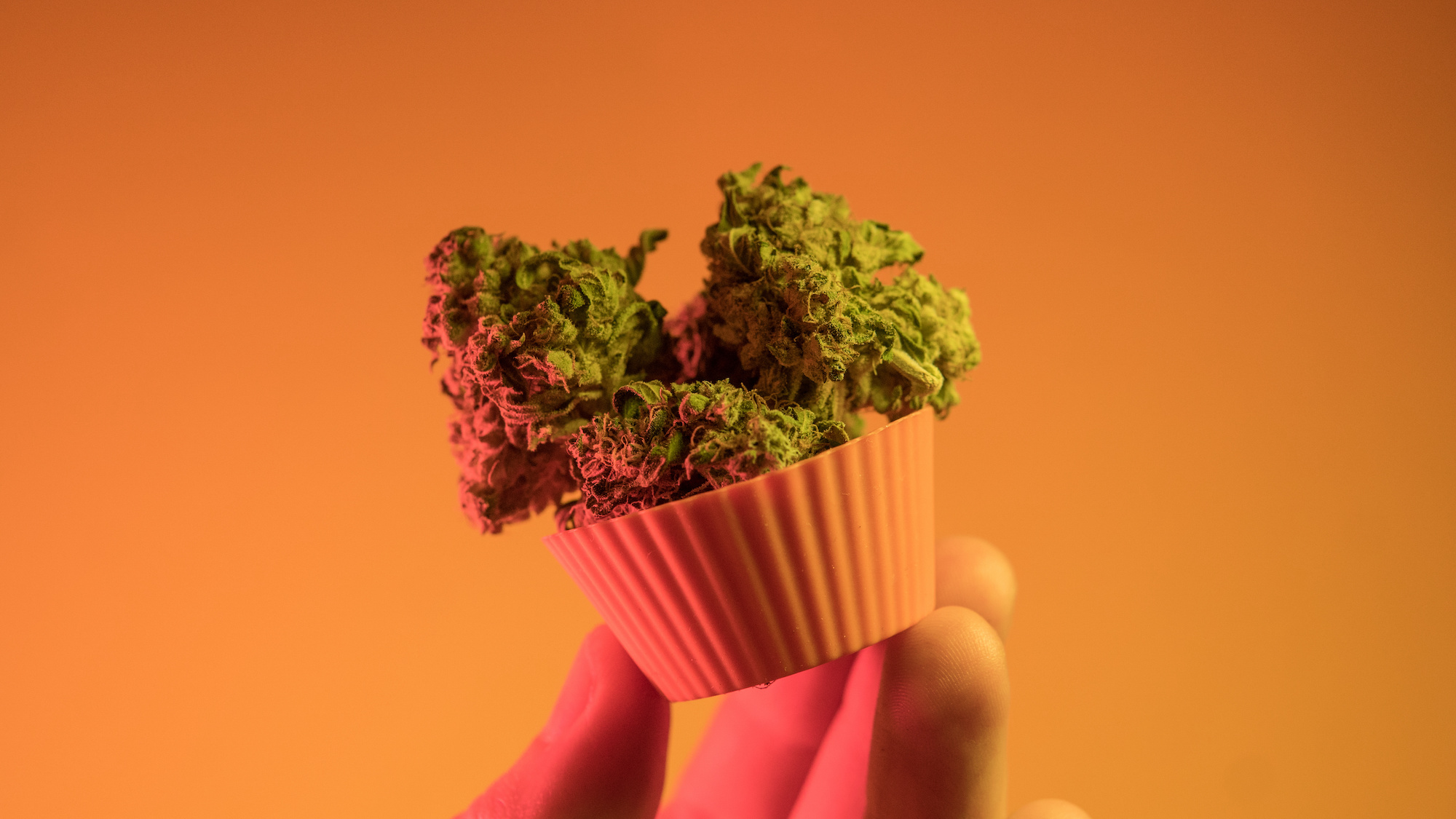 Cannabis edibles can be a bit of a double-edged sword. On one hand, they’re a great option if you’re not interested in smoking or vaping, or want to get high in a situation where that isn’t an option. They also generally contain a good dose of THC and are genuinely nice to eat. On the other hand, the dosages can be pretty difficult to get right, and if you go too far – which is easier to do than you think – you might find yourself being way more high than you expected and for much longer.

This might sound like a sitcom subplot type situation, but when you’re going through it, the experience definitely isn’t as funny as it sounds. You could even end up high the next day, or for several days after. So why does this happen? What should you do? And how can you avoid it in future?

Edibles Usually Last Between 6 and 8 Hours, But it Can Be Longer

The peak of effects generally comes a few hours after you ingest, but they can be felt as soon as 30 minutes after and for as long as 10 hours in ordinary situations. If you’re more experienced or you take a reasonable dose, it’s more likely to be around 6 to 8 hours, but if not it could last much longer.

Start with 5 mg if it’s Your First Time, or 10 mg or More if You’re Experienced

The recommended dose for an edible isn’t easy to pin down, because it depends so much on your tolerance and/or experience level with cannabis, not to mention how intense an experience you’re looking for.

That said, for a new user, somewhere around 5 mg is a good starting point. The average dose is between 10 and 15 mg, and from 20 mg upwards you’re likely to have a more intense high. Really, the higher doses are only recommended if you have some experience with cannabis, because if you’re particularly sensitive even 10 mg can be a little too much. Conversely, if you’re very tolerant you probably won’t feel too much from 10 mg.

The most important thing to remember is: wait for around 2 to 3 hours before eating more. Edibles kick in anywhere from 30 to 90 minutes after you take them, so even if you haven’t felt anything an hour or so after taking the dose, it’s still probably coming. Many people – me included – have made the mistake of eating more because you think it just isn’t affecting you that much. On top of this, it’s better to start low and work your way up as you gain more experience with edibles.

If You’re Still High Days After Eating an Edible, You Took Way Too Much

If you’re still feeling high several days after eating an edible, chances are you’ve took way too high a dose. If it’s been days, it’s probably also one of your first times using cannabis, unless the dose you took was borderline heroic. The problem basically comes from your liver processing the cannabis you ate and your stomach digesting it. This is why it can take some time for an edible to kick in, and when you have a lot, this can keep the effects rolling for much longer because your body is still working through what you’ve taken.

One example from Quora comes from somebody who took 600 mg (!) of THC and was still feeling high three days later. This is understandably a scary experience, but from the discussion of recommended dosages above it should be clear that the amount in this case was truly massive. There’s no judgment here – without much information, taking too much is an understandable mistake – but even long-term cannabis users would have a tough time with a dose that high. At a 20% THC content, it would be like smoking 3 grams of weed in one go. But edibles last much longer than smoking, so even that doesn’t really capture what it would be like.

It’s Hard to Estimate How Long it Will Continue For…

It’s hard to say how long the feeling will last for if you’ve taken a large dose, but unless you’ve gone as far as the Quora poster above, you’ll probably feel better within a couple of days. That said, most normal doses will wear off within 12 hours, so if it’s already been more than a day, it isn’t exactly an easy thing to estimate. Unfortunately, there isn’t anything you can do to speed the “sobering up” process along; it will just take as much time as it takes.

…But You Will Return to Normal

The most important thing to keep in mind is that you will get back to your normal state of mind eventually. And if it’s already been longer than most edibles doses last, you’re almost certainly over the most intense of the effects and are gradually sobering up by the minute. When you’re in the midst of a high like this, it can feel like it will last – and has already lasted – forever, but this is just one of the effects of THC on the brain: time seems to run differently. Rest assured, you’ll feel totally fine soon, likely within a day. The challenge, more than anything, is riding it out in the most comfortable way you can.

Your Main Goal Should Be Staying Calm

Although it might seem ironic with the calming effects of cannabis, but remaining calm is the main thing you should focus on. The best idea is to get yourself somewhere quiet and safe, ideally with a close friend or anybody you trust. Then find something light and entertaining to watch, whether that’s bingeing the Office or watching some of your favorite movies. You’re going to be high for a little longer anyway, you might as well use it to your advantage: pick something you think will bring out the giggles or will take on a new layer of entertainment through your stoned brain. It might sound stupid but this is really the most important thing to do; you’re going to be absolutely fine, so you should just focus on enjoying the experience as much as you can.

So now you’ve come down from your high and are feeling fine again, how do you ensure you don’t end up in the same situation again?

As is often the case with cannabis (and any drugs really), the best advice is to “start low and go slow.” It’s better to have had too small a dose than too large a dose, so erring on the side of caution can save you an unpleasant experience.

Likewise, it’s very important to not eat another if you aren’t feeling anything yet, unless it’s been around 3 hours. Of course, if your buddies are already feeling the effects and you aren’t, the temptation to have another is going to be large, but it’s better to wait and be absolutely sure it has already kicked in than to make the decision just before it does.

Provided you pay attention to this – especially the dosage you take – you should be able to avoid similar situations in the future easily. If you’re particularly sensitive to the effects of cannabis, it’s better to find out with a small dose so you can adjust as needed in future. This might mean you need to stick to a lower dose than most other people even as you gain experience, but again, that’s better than having way too much and ending up in a difficult situation.

If you’ve been high for days after eating an edible, you have taken too much. There’s nothing to worry about – it’s effectively impossible to overdose on marijuana – but the most important thing to do is remain calm and let it run its course. Honestly, most people who use cannabis products have had similar experiences, and even though it’s better to start low and work your way up, speaking from experience it doesn’t always go that way. But as long as you learn your lesson from the experience and keep it in mind next time, you’ll find your sweet spot and enjoy edibles much more the next time around.