HHC is a hydrogenated form of THC naturally present in varieties of cannabis, with effects that are roughly 70-80% the strength of THC. 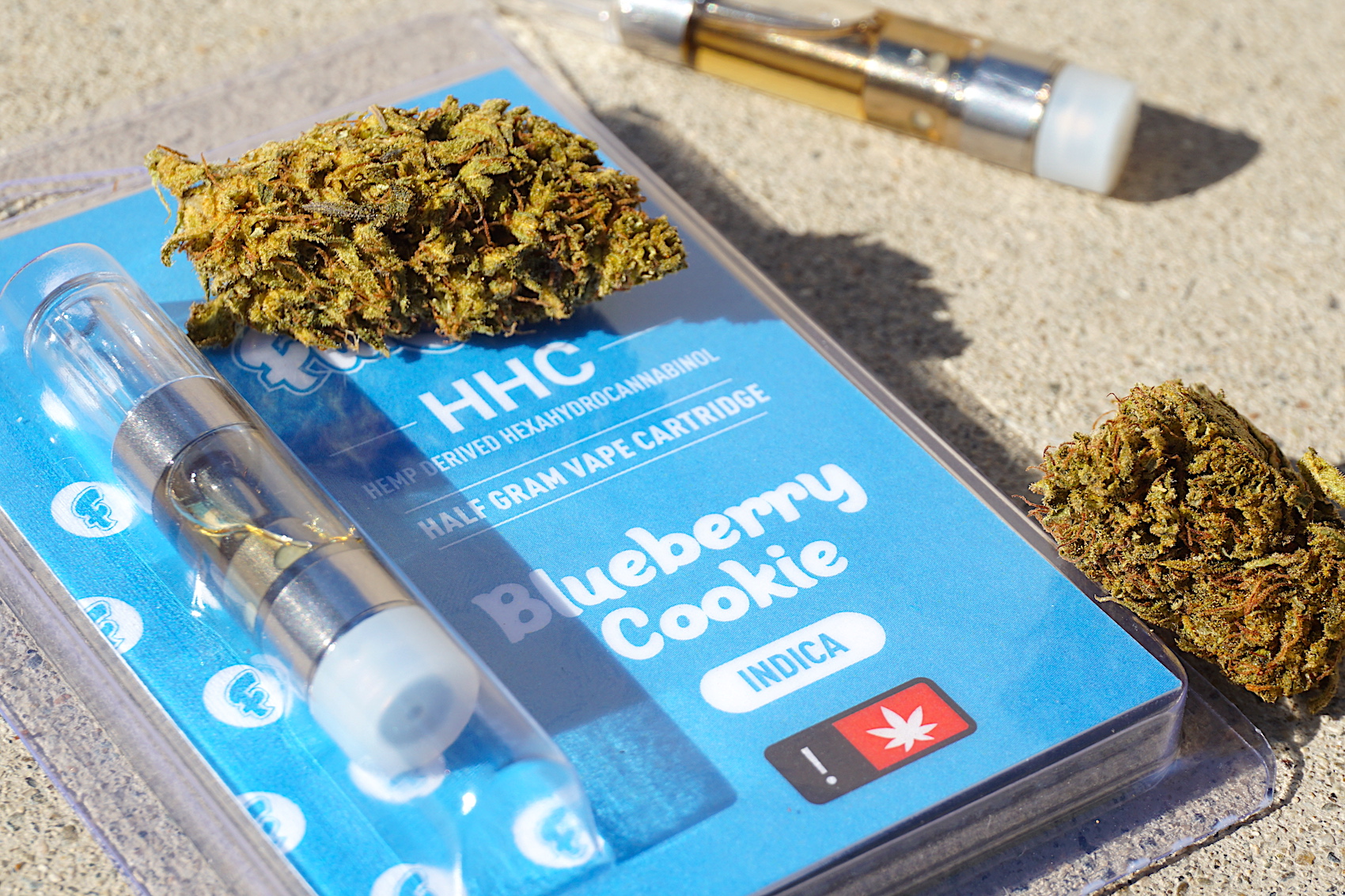 HHC, which is short for hexahydrocannabinol, is a hydrogenated form of THC naturally present in varieties of cannabis. HHC is also considered semi-synthetic when chemically hydrogenated from THC. It’s thought to be roughly 70-80% the strength of THC, meaning it’s more potent than delta-8 and delta-10. Mild-to-moderate doses of HHC induce a euphoric high similar to THC but with more relaxing and sedative qualities akin to delta-8.

HHC’s federal legality is questionable and its safety is unknown. However, a few CBD companies are currently producing and selling HHC products in the United States.

Is HHC Natural or Synthetic?

HHC is considered both a natural and semi-synthetic cannabinoid depending on where it’s sourced and how it’s created.

HHC appears naturally in cannabis but in small quantities. Tiny concentrations of HHC, alongside delta-8 THC and delta-10 THC, appear when THC oxidizes into CBN over a long period. CBN is a cannabinoid present in aged cannabis.

However, since the natural concentration of HHC in cannabis is so small, producers are unable to viably make HHC products from it. So, what do they do instead? They hydrogenate THC.

Hydrogenation of THC to HHC is a simple process. Producers take THC, chemically saturate it with hydrogen atoms, expose it to a nickel or zinc catalyst, and convert it into HHC. The inclusion of hydrogen causes HHC to become more stable than THC with higher heat and UV resistance.

Since hydrogenation uses a chemical to alter THC’s natural molecular weight and geometry, HHC is now regarded as semi-synthetic.

Does HHC Cause a High and How Strong Are Its Effects?

Yes, HHC causes a high similar to THC but with the relaxing and sedating qualities of delta-8 (and perhaps delta-10).

RELATED: Does HHC Get You High?

The reason why an HHC high is similar to THC and delta-8 is to do with the number of carbons on its alkyl side chain. All three cannabinoids have five-carbon side chains, which means they bind to your cannabinoid receptors with a decent level of efficiency.

Mild-to-moderate doses of HHC will likely cause noticeable euphoria, visual distortions, cognitive impairment, and physical sensations. Whether these effects are overwhelming is unclear.

However, since HHC is approximately 70-80% the strength of THC, we believe high doses could cause an intense and sometimes uncomfortable euphoric high.

What Are the Benefits of HHC?

The benefits of HHC are largely unknown. Little research exists determining how HHC could benefit you, though early preclinical studies on animal test subjects suggest it has pain-relieving and anti-cancer properties.

Taking scientific research out of the way, we could argue the benefits of HHC are mostly the same as THC due to their molecular similarity and affinity with your cannabinoid receptors. These benefits might include:

HHC vs THC: What’s the Difference?

HHC and THC share an almost identical molecular structure. The key differences are HHC has two additional hydrogenated carbons and THC has a missing ester atom and carbon bond.

RELATED: HHC vs THC: Is HHC Stronger than THC?

These molecular changes make HHC a far more stable compound than THC with stronger resistance to heat and UV. As a result, HHC products have a longer shelf life.

HHC vs CBN: What’s the Difference?

HHC and CBN are polar opposite cannabinoids despite being the result of THC degradation and decomposition.

HHC is essentially THC but with its double bonds replaced by hydrogen atoms, whereas CBN enjoys two additional double bonds on its molecular structure.

HHC is better at binding to CB1 receptors, which causes a strong euphoric high. CBN has a much weaker binding affinity with CB1 receptors and causes very little intoxication.

Does HHC Show Up on a Drug Test?

It’s unclear whether HHC shows up on a drug test.

Drug tests are designed to detect THC-COOH, a primary metabolite of THC that’s formed in your body after THC consumption.

An early study on animal test subjects shows HHC metabolizes into 8alpha-hydroxy-HHC and 8beta-hydroxy-HHC, which are both similar to THC-COOH.

There’s also the added issue of HHC products carrying residual or leftover THC after chemical hydrogenation. If the residual THC quantity is enough for your urine to present above 50 nanograms per milliliter of THC-COOH after metabolization, you’re at risk of failing a drug test.

If you have an upcoming drug test, we recommend staying away from HHC and its products just to be on the safe side.

Is HHC Safe to Use?

HHC’s safety is unknown and research on HHC’s safety profile is currently non-existent. There have been no reports of adverse effects, overdose, or death from using HHC or its products.

Side Effects of HHC

Again, HHC’s short and long-term side effects are largely unknown. So far, there have been no reports of severe or life-threatening side effects from using HHC or its products.

Is HHC Legal to Buy Online?

However, while not being listed under the United States Controlled Substance Act (CSA), HHC that’s been converted from THC via chemical hydrogenation could be regarded as a synthetically derived substance under the Federal Analog Act (FAA), 21 U.S.C. § 813.

If converted HHC is considered synthetically derived on the federal level now or in the future, the use, possession, sale, distribution, and production of HHC products could be illegal.

Since most (if not all) HHC products are made from HHC converted from THC, we recommend caution when shopping around for HHC vapes, oils or related products.

Where Can You Buy HHC Products?

HHC products are difficult to find. Only a handful of companies produce and sell HHC products in the US.

If you’re looking to get your hands on HHC, searching for an online vendor is your best bet. There are very few HHC products in statewide retail stores. Online HHC vendors include Bearly Legal, Binoid, and 3Chi.

Some HHC products combine other cannabinoids such as delta-8 and delta-10. Additional terpenes are also added.

HHC is Promising but Its Safety Remains Unknown

All HHC (hexahydrocannabinol) products are made using semi-synthetic HHC chemically hydrogenated from THC. Semi-synthetic cannabinoids aren’t harmful or dangerous, per se, but how they’re produced can be. Your chosen HHC product might carry more contaminants or impurities as a result of poor production or hydrogenation techniques. We recommend purchasing from credible and legitimate HHC vendors that third-party test their products.